What Will Be Biden’s Effect on Meetings and Events? 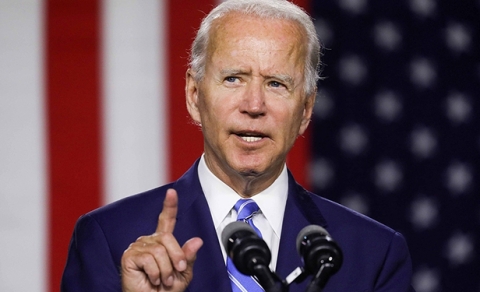 Joe Biden becomes the country’s 46th president at a time when the United States is mired in a pandemic and its related economic challenges. His proposed solutions, and their effectiveness, is surely how the first part of his presidency will be measured.

The events, travel and hospitality industries are perhaps the most desperate for the dual recoveries to take place. The faster COVID-19 vaccines are distributed, the sooner airlines can fill middle seats, hotels can welcome more guests and convention centers can host large groups. The bigger business opens up for employment opportunities, encourages companies to plan meetings and loosens CFO’s budgets to allow more business travel.

“With new vaccines continually being developed, the coordinated effort from government to the states for distribution will play a big role in live events resuming,” explained Brian Rivers, CEO of Centrifuge Media, an event communications company focused on science and technology. “From everything I am hearing with many of our clients, that is really the main key driver that is going to affect the timeline for events.”

Announcements made in January have underscored how entwined health and safety concerns are with economics. IMEX was forced for a second year to cancel its marquee event in Frankfurt, Germany; CES went digital with its mega trade show and many other shows are being positioned for 2021’s third and fourth quarters. While some in-person events have or will go on—from trade shows like Surf Expo to the upcoming Super Bowl and March Madness—they are being scaled down.

Changing of the Guard

Any incoming administration is sure to deviate from previous leadership. Yet the pronounced difference between Biden and his predecessor is more pronounced than more than a few transitions. While we cannot see into the future, there appear to be some certainties for the changes ahead. These include:

While not all of this will directly affect how meetings, trade shows, conferences and other events are planned, there will be at least a trickle-down effect.

Observed David Peckinpaugh, president of Maritz Global Events: “It appears the opportunity for overall collaboration and compromise seems to be brighter.”

Why is congressional cooperation important? Biden has outlined a $1.9 trillion stimulus package, including new funds to speed vaccine distribution, financial assistance to small businesses and new direct payments to citizens to encourage spending. The U.S. Travel Association, part of the Meetings Mean Business Coalition that Maritz is also a member of, hailed the plan.

“Prior to the pandemic, travel jobs existed in every congressional district,” said USTA President and CEO Roger Dow in a statement.” Travel will play a vital role in America’s economic recovery in the months ahead, but businesses will need this lifeline to survive until regular travel can fully resume.”

Washington insiders predict associations, especially based in and around the nation’s capital, will welcome Biden’s experience and belief in big government.

“I think they’re just looking for a sense of normalcy and predictability,” said Amaia Stecker, founder of the Alexandria, Virginia-based Pilar & Co., who worked in myriad roles in Sen. Patty Murray’s (D-WA) office for five years before becoming a meeting planner.

While Stecker can’t speak to the technicalities of an increased vaccine rollout, she said a change in administrations should help convey important messaging to the general public.

Biden’s plans also hint at what lays ahead. He announced that the director of Office of Science and Technology Policy will be elevated to a cabinet position. Eric Lander, who helped map the human genome and founded a biomedical research center, will assume the position if confirmed by the Senate. The elevated position telegraphs a greater emphasis on science-related issues, including renewable energy and sustainability.

On a practical level, vendors who work with government agencies will see a shift. Laurie Powell, vice president of business development at eventPower, which has planned government functions for two decades, points to a Department of Energy event launched under President Obama as a beneficiary of the new regime. “It’s going to really help us,” predicted Powell. “This new administration believes in climate change.”

Generally speaking, the new position also speaks to how the government will use events. Stecker expects to see less glitz and glamor than a hotelier would seek and a move toward training seminars and workshops, as well as scientific conferences.

A closer look at the cabinet, including Vice President Kamala Harris, indicates a concentration on diversity and inclusion, a hot-button issue in events. Women and persons of color have been nominated for roles in what would make Biden’s advisors among the most diverse groups in U.S. history. Stecker notes the accessibility is a point to watch, as Biden has battled a speech impediment—stuttering—his whole life.

“I would expect an opening and opportunity for new and diverse experiences for up-and-coming talent but also for different organizations—seeing what modern-day America is reflective of.”