What Event Organizers Need to Know About Coronavirus and Canceling Contracts 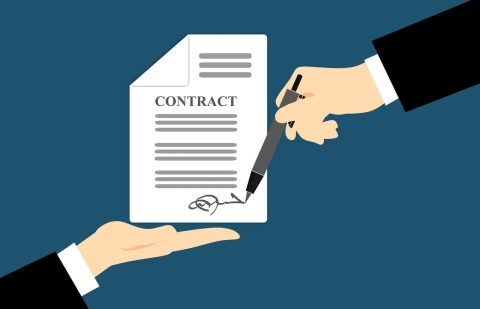 Lisa Sommer Devlin, owner of Phoenix-based Devlin Law Firm which specializes in hospitality law, has received about a dozen phone calls from hotels in the past week. They’re reaching out to her as a result of groups wanting to cancel events without penalties, due to the coronavirus.

The virus is having an impact on events around the world, not just in Asian markets. Within Asia, especially China, many events have been canceled or postponed. Money20/20 Asia, originally slated for March, has been postponed til August. And today, it was announced that Mobile World Congress, the world's largest mobile industry event that is annually held in Barcelona, has been canceled for this year.

But while the outbreak has been a hot news topic for the past few weeks, there are some misperceptions in the industry regarding the legal perspective around cancellations. Devlin spells out what you need to know:

First, look at your contract and see exactly what it says. Your force majeure or impossibility clause will define when you can or can’t cancel, says Devlin.

Second, recall what force majeure actually means. There are two legal elements to claiming force majeure: The first is that something unforeseeable happens, and the second is that it makes it impossible to execute your event.

“Planners tend to look at the new event — in this case, the coronavirus — and think a terrible and unforeseeable event has happened. But that’s not true, unless you can also show that it is making your event impossible,” says Devlin. At this point, in the U.S., it’s going to be very difficult for planners to show that the coronavirus outbreak is truly making their event impossible to hold, she adds.

One reason for this: There are virus outbreaks all the time, and they rarely prevent events from happening. For example, the CDC reports that more than 34,000 people died from the flu last year in the U.S. alone — “and yet no one would ever think to cancel their event because of a flu epidemic,” Devlin says. Five years ago, she adds, she was having the same conversations about zika; now, zika hasn’t disappeared, but people aren’t really worrying about it anymore.

The exception to this, from a legal perspective, is a situation where, say, 95 percent of your event delegation is coming from China, and due to flight cancellations, they literally cannot get to your event. This situation might rise to the level of force majeure, says Devlin — but in general, U.S. planners will have a very difficult time proving they have a right to cancel a contract due to coronavirus.

So where does attrition come in? For groups with contracted hotel blocks, the attrition clause is designed to address the financial risk if fewer people register (or attend) than planned. Typically, the hotel takes a hit on the first 20 percent of people who don’t show up and the group absorbs the difference, says Devlin. The problem is, people can’t come to an event for a million different reasons, so you’ll have your work cut out for you trying to prove that coronavirus is the main factor.

“If you could go to a hotel partner and prove that you’re in attrition because [attendees were supposed to be] coming from China and can’t get there, then they might be willing to work with you — but they’re not obligated to under the law,” says Devlin.

At the end of the day, it’s the language in your contract that matters, so review it closely, says Devlin. Also, take the news with a grain of salt when you are assessing whether the coronavirus outbreak has a real chance of making a major impact on your event.

Yes, people are dying, and that’s tragic, says Devlin; but it’s important to look at the statistics critically. For example, there have been just over 1,000 reported deaths from coronavirus worldwide, according to CNN (as of Feb. 11), but that makes up just over 2 percent of the 43,000 people who have been infected. More information is needed about who’s getting sick, who’s dying and exactly how the virus is being spread.

“People are getting so hysterical, but maybe it’s not really that necessary,” she adds. “These things happen every few years, and sometimes it’s just reacting to the news rather than actual risks.”