Puerto Rico is an Island of Opportunity for Meetings & Conventions 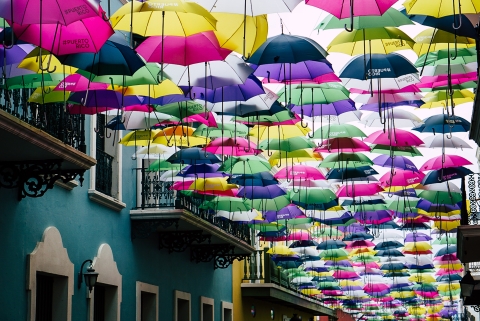 When Brad Dean, previously president and CEO of Myrtle Beach Area Chamber of Commerce for nearly two decades, had the opportunity to take the reins as CEO of the newly formed Discover Puerto Rico in May 2018, it seemed to be the perfect fit. After all, his wife was from the island; he knew the area somewhat well; and he’s never been one to shy away from a challenge — which was important, because he certainly had his work cut out for him.

We caught up with Dean, who just received the 2019 Destinations International Destination Organization Leadership Award, to learn about the progress he’s made in a year, plus the critical importance of the meetings and conventions industry to Puerto Rico’s future. 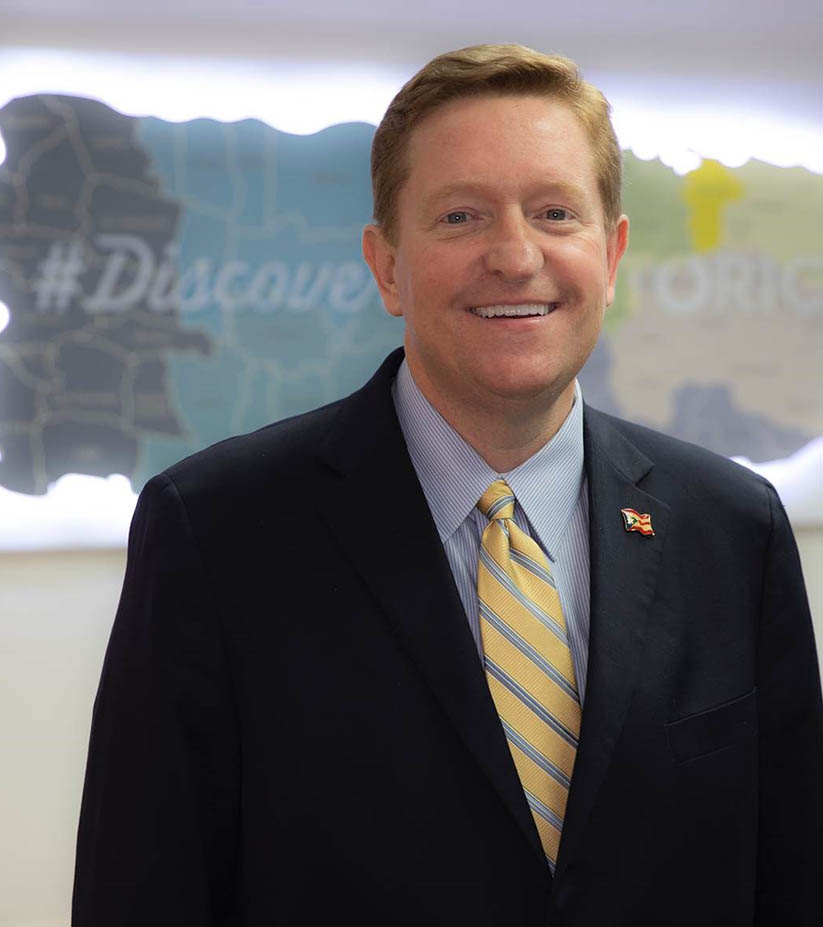 What was it like for you to receive this award?

This is such a humbling honor, in part because it comes from highly regarded peers. This is such a great industry with so many great people, but I’m also mindful that destination marketing is a team sport. Any recognition I get is a reflection of the great people I’ve worked with, both at my previous destination [of Myrtle Beach] and now at Puerto Rico.

What qualities do you think make a good leader?

Good leaders climb the ladder of success not upon the backs of others, but by their sides. Great leaders bring people along with them by investing in those around them. One of the things I’ve found in my career is if you surround yourself with talented people and give them the resources they need to do their jobs, your challenge as a leader is removing obstacles for the people you work with.

Stepping into your position a year ago, what were the biggest challenges you faced?

Puerto Rico had been on a five-year decline in meetings and convention business, so the challenges started long before Hurricane Maria [in 2017]. This new organization that I’m leading, Discover Puerto Rico, is a new concept for the country. Historically the promotion has been handled by government or quasi-government agencies — so we’re a startup entity, if you will.

On top of that, we inherited a post-hurricane scenario that brought with it negative perceptions from both travelers and planners. So we knew from the outset that this was climbing a mountain. The flip side was tremendous opportunity. Puerto Rico has great meeting facilities, including the most technologically advanced convention center in the Caribbean. We had great awareness of Puerto Rico being part of the U.S., which means [visitors] benefit from being in an exotic location with all the benefits of a U.S. territory.

How important is meetings and conventions business to Puerto Rico?

This segment is incredibly important to Puerto Rico’s future. Without that balance between leisure and business travel, the island will never reach optimal success. Tourism has to lead the economic recovery. Failure wasn’t an option, and not approaching this aggressively and quickly was not an option. We had to turn the M&C market around.

What progress are you making on bringing in more business?

A year ago, a lot of people [were] asking, ‘When will Puerto Rico be ready?’ Today [people are] seeing that we’re not only open for business, we’re beginning to thrive. In the first quarter of 2019, overall demand was just a hair below pre-Maria levels. Q1 M&C exceeded three- and five-year averages, not just pre-Maria but back to where the slide occurred. We still have a long way to go, and Puerto Rico still needs a lot of assistance with infrastructure — but we’re writing an amazing comeback story and will set a record recovery after a devastating hurricane.

How are you targeting meeting and convention planners specifically?

When you’re in the position Puerto Rico is in, doing things the same old way isn’t going to get you the results you need. We came in eyes wide open recognizing we had to do things differently. Bringing in planners, media and influencers to see our progress was critically important, so we began doing that in April last year. We’ve hosted large meeting planner FAMs and smaller groups, and eagerly welcomed planners doing site visits. For many planners, and the attendees they’re responsible for, seeing progress underway is important.

But also, service is key. While a lot of planners want to help Puerto Rico out, we have to earn it, and part of earning that is with level of service. We hired a service director from The Ritz-Carlton brand, and challenged her to reinvent the way we host FAM trips and site visits. For example, we’ve done a ‘secret shopper’ experience to get a planner’s perspective and feedback. Research confirms that Puerto Rico’s brand is somewhat neutral; most people know it has great beaches and weather, but don’t realize the unique culture here. So we have begun to emphasize more of the culture and experiences, from art and history to dance and food. That’s been very helpful in demonstrating why Puerto Rico is a great place for meetings and conventions.

How has your brand messaging evolved since you started in this role?

I thought the less we talked about Maria, the better [off] we’d be. People of Puerto Rico have heard enough about the hurricane. But with that in mind, we had to be respectful of the roles and responsibilities of planners — and they still have questions. We kept hearing over and over about the lack of resiliency of [the] power grid. So we put ourselves in the planners’ shoes and kicked off our campaign this year, ‘The Power of Puerto Rico.’ It’s a bit of a play on words — we addressed the issues planners had and invited them down to experience the island.

What has surprised you most about your job?

The people of Puerto Rico are amazingly resilient; they are passionate, hardworking people who don't want a handout. I came into this with objective of creating an organization, building a team and elevating the brand of Puerto Rico, and that’s all important. But I underestimated how much the island needed — and deserved — a cheerleader. They’ve been through a lot in recent years, and this relationship with the U.S. is unique and important to [the] future of [the] island. We’re not simply ‘coming back;’ we’re using the transformative power of travel to elevate the prosperity of the island.

Lastly, we have to know — what’s a must-try Puerto Rican food?

Seafood here is extraordinary. We have this special dish called mofongo that’s prepared by hand and entails local vegetables and spices. It’s delicious, and you can have it any way you imagine, but it really reflects the culture in that it’s local products made by local producers, and you can find it anywhere. A trip to Puerto Rico without mofongo isn’t a real trip to Puerto Rico.