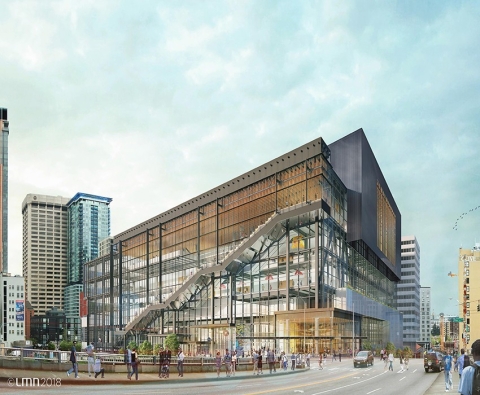 Seattle is in the midst of a growth spurt. Population-wise, the city has made the top five fastest growing U.S. cities list for the past several years. In the past two years, eight new hotels have added 2,200 rooms to the city’s downtown area alone, according to Visit Seattle. And the Washington State Convention Center’s expansion will continue to fuel the city’s growth, opening up opportunities for mid-size conventions that are too large for the existing space.

Workers broke ground on WSCC’s new multi-level convention building, The Summit, in August 2018. It’s expected to be complete by October 2021 and is already accepting bookings for spring 2022. As of late June, 15 groups had been confirmed and 40 more are considering meeting in the new building, with more booked in the original Arch facility.

The Summit will add another 570,290 square feet of rentable space to the convention center’s current Arch building’s 434,080 sq. ft. On a recent hard-hat tour — the first the WSCC has conducted — I got to see the big picture, as well as a more micro-level view thanks to a scaled model and video of what the new building will look like. 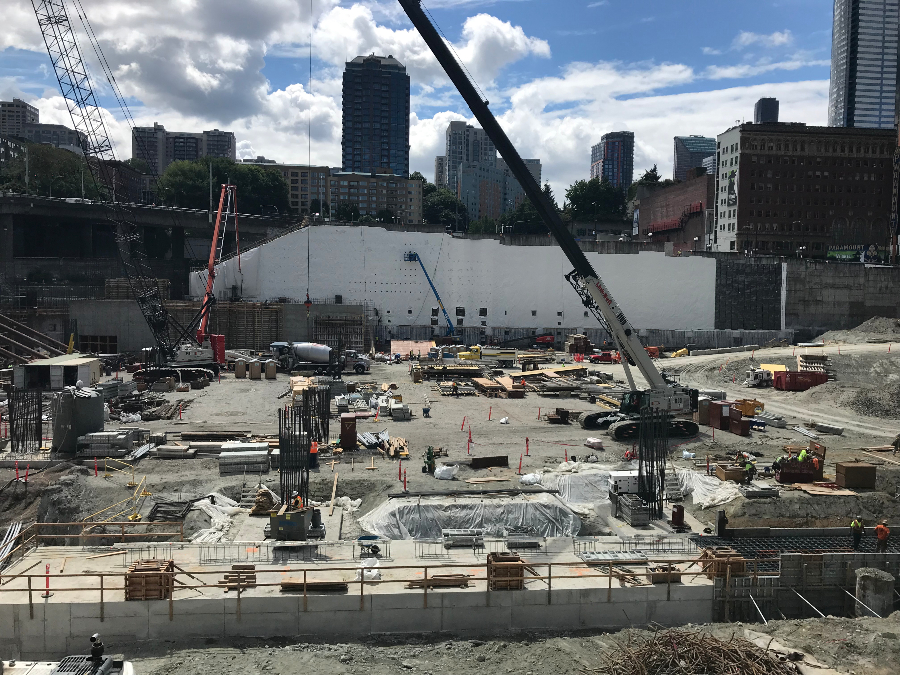 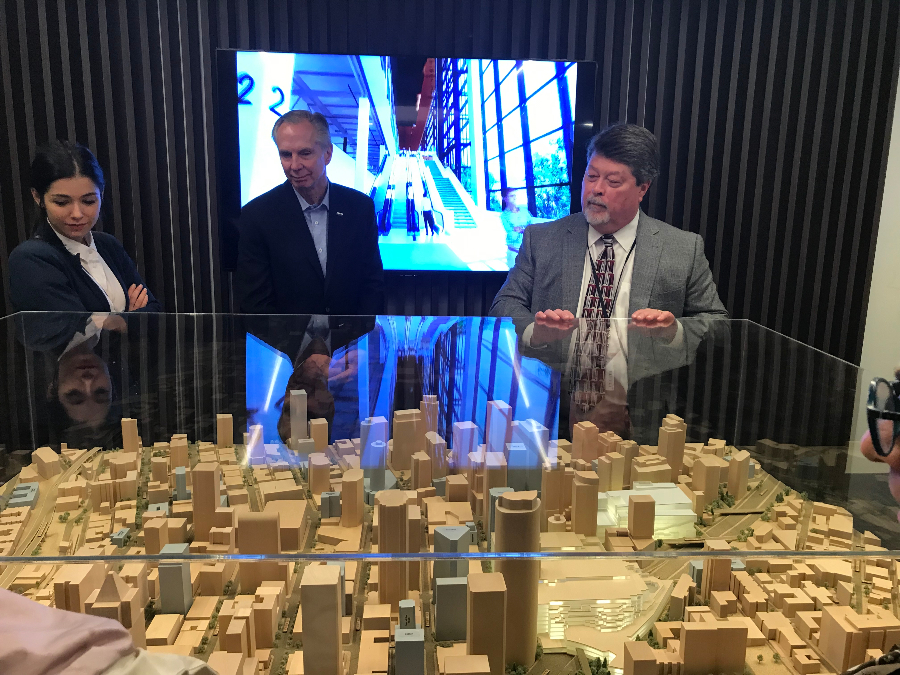 The Summit is being built to LEED standards, and WSCC President and CEO Jeff Blosser says they are now aiming for the highly ambitious Platinum certification. The current Arch building holds Silver-level certification.

The 100,000-sq.-ft. Flex Hall will have access to extensive outdoor space. A 58,000-sq.-ft., column-free ballroom’s 55-foot ceiling will be made from locally sourced recycled wood. In addition to direct drive-in access to the 150,000-sq.-ft. exhibition hall, the new building will include a covered loading dock with 19 bays, three freight elevators and four service elevators.

The majority of The Summit’s 63 meeting rooms will have an 1,800-sq.-ft. footprint. Many will be connected by retractable walls, allowing them to be combined for larger space needs. Meeting rooms and pre-function space will be located on the perimeter of the building to maximize natural light, with services centralized in the middle.

Food and beverage is one of those key services. Chef José Luis Chavez has been executive chef for WSCC since 2003, and takes pride in delivering food service and menus that exceed the needs and expectations of any group. For example, new to the menu is JUST Egg, a plant-based vegan egg alternative made from mung beans. Chef Chavez prepared this for our group to try, along with macerated local berries, gravlax (dry-cured salmon with dill), bacon, and house-made mini biscuits and chicken sausage gravy. 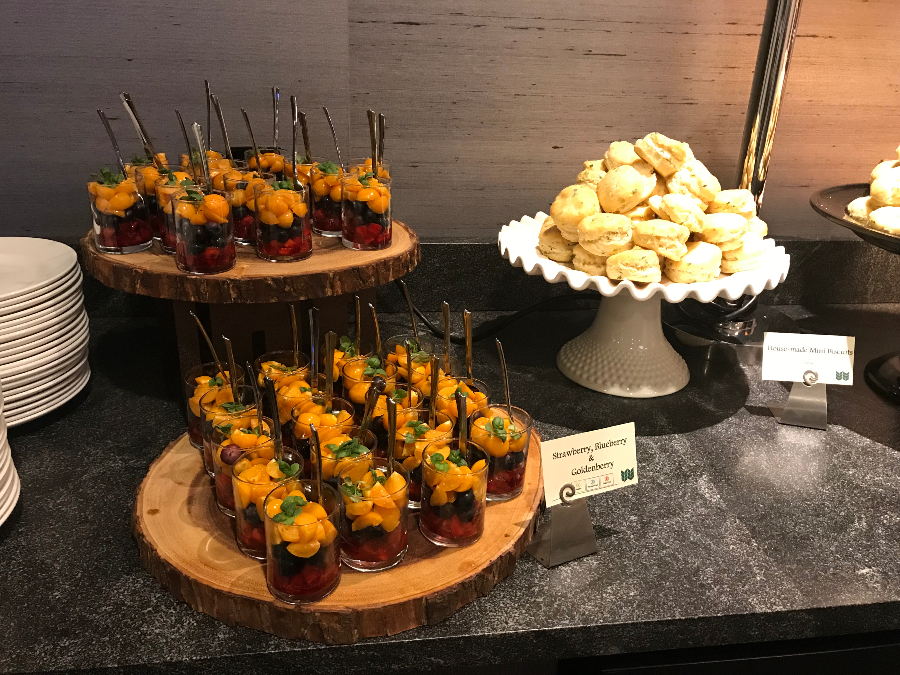 Visit Seattle President and CEO Tom Norwalk says groups come to Seattle for the experience, and that the WSCC expansion is setting the stage for an incredible process of growth. When completed, the expanded WSCC is expected to attract approximately 400,000 new convention attendees to the city and generate more than $19 million in annual tax revenue.

The $1.7 billion expansion project also includes retail space. LMN Architects have designed 25,000 sq. ft. of retail space in and around The Summit, plus a 700-space parking lot. A residential tower and office building are also planned.

LMN also designed Hyatt Regency Seattle, which opened in December 2018 across the street from The Summit. The hotel, which is the largest in the Pacific Northwest with 1,260 guest rooms and 103,000 sq. ft. of meeting space — and was just awarded LEED Gold certification, has an open, airy feel that The Summit will echo.

Norwalk says that all too often a city’s perceived ability to host meetings is determined primarily by the size of their convention center — but that for Seattle, the medium-sized WSCC offers both flexible space and a location in the heart of the walkable waterfront city’s downtown.

“Our center often attracts groups that have never considered meeting in a convention center before and they love the fact that their attendees are literally steps from their hotel,” Norwalk says, adding that the overall experience is intimate and personal.  “And now, with the Summit building scheduled to open in early 2022, we will have two different medium sized centers – about a block and a half apart – that both offer an incredible Seattle experience.”