The Power of Participatory Events: Q&A With Adrian Segar 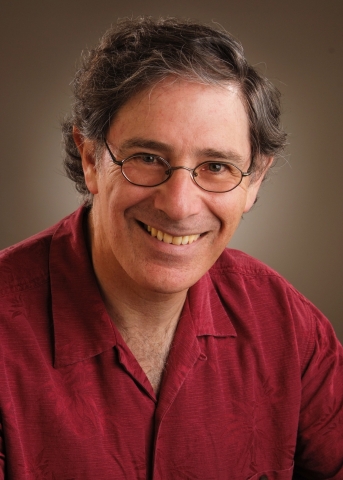 Adrian Segar is one of the most interesting people that I know, and also one of the smartest. In his extensive career, he has been at the leading edge of several industries. He also happens to be the pioneer of what has become most commonly known as the “unconference,” although he prefers “participant-led and participation-rich event.”

Segar began his career as a researcher in high-energy particle physics, doing graduate work at CERN (the European Organization for Nuclear Research) on the big accelerator in Geneva. He then moved to Vermont, where he started a solar energy company. Then he began doing IT consulting work and teaching computer science, which led to also doing administrative computing for the college at which he taught. Along the way, he ran a few events and in doing so, came up with a new idea to make them better.

I first met Segar in 2010. His first book had just been published, and he was on a mission to make meetings better through the power of human connection. And although it’s been slow going, we’re starting to see an industry-wide change in conference design.

Danalynne W. Menegus: You have an incredibly diverse background. What led you to the field of conference design?

Adrian Segar: I have always wanted to talk and connect with other people who are doing what I'm doing. When I was in the physics community, I organized a few physics conferences. When I came to the States, the oil crisis had just happened and solar energy was a new field. I organized some the earliest solar energy conferences in the United States, but they were conventional events. When the personal computer came out, I and a few others decided to run a national conference on how to use computers to automate administrative computing at small schools.

As the field was so new, there were no subject matter experts yet. And I realized that the experts were, collectively, the people who would come to this conference. We all got into this field because someone at our school said, “Oh, you know about computers. Can you figure out how to do this?” So I thought about how we could create a conference, and invented a new format.

The idea was to uncover experience and expertise that could be shared, by finding out about each other and what we’d like to do while we’re together. That started with asking questions. That conference was a success, and it’s now been running for 26 years.

I was involved with a lot of non-profit work, and people would hear about this idea and ask if I could do something similar for their conference. Over the next dozen years, I tried it for conferences and topics which I knew nothing about, and it consistently worked really well. It was a repeatable process that people loved.

DWM: What led you to want to share this format with an extended audience?

AS:  I had thousands of paper evaluation forms in a cabinet, with comments from the attendees saying that after this experience they never wanted to attend a regular conference again. As the people who experienced this format loved it so much, I wanted to share it with others. So I finally decided to write a book about it. It took me four years, part time, while I was also teaching college computer science and doing IT consulting.

In 2009, “Conferences That Work: Creating Events That People Love” was published, and all of a sudden I was part of the meetings industry. Around this time I realized that what I love to do in life is facilitate connections between people, and I had invented a way to do that full-time. I love traveling and meeting people and spreading this work that I think is valuable. And after 26 years of doing this, I’m convinced that the processes I use — these participant-driven and participation-rich events — are what people actually want and need.

DWM: Why do you believe this format works so well, and how does it contrast with the format that most conferences use?

AS: There are very good reasons why what we think of as traditional meetings have the format they have. The problem is that the reasons why we need to have meetings, and what makes a really truly useful meeting, have changed radically over the last 20 years. We as human beings just have not adapted yet.

A thousand years ago, if you needed to learn something, you had to find one of the few people who had spent their life learning and physically go to where they were. The advent of mass-market books helped with knowledge-spreading, but the printed information still became quickly outdated. You had to go to conferences to find out the latest in any industry. Then, it made sense to gather everyone together and have a lecture-based delivery. Then the internet came along.

You don't need to physically go to a place to learn anymore. You can watch lectures on YouTube. And you can watch recorded content anytime. That’s made the old model of broadcasting content that you can’t get anywhere else redundant.

The second reason is that the nature of useful knowledge, what’s necessary for professionals to do their jobs, has changed radically and rapidly. Thirty-plus years ago, most of what you learned, you learned in a classroom. But now, self-learning and peer learning are the two most common ways that people learn on the job.

An event that is structured as a place where people can connect, learn from each other, and easily discover who can help them, is now far more valuable for this very reason.

DWM: How does your event methodology encourage people to make those connections, and find out who they should be connecting with?

AS: Through a very simple opening process, I encourage people to talk about what it is they do, what they want to do, and the challenges they have, and give them the opportunity to find people who can solve their challenges. It’s peer learning, which is what successful professional environments need these days.

Session formats need to use peer learning formats rather than connection-making being relegated to the breaks and social functions. With the latter, chances are high you will never meet the people who could help you.

DWM: Can these sessions be set in advance, through polling or voting?

AS: People have been trying to do that for years, but it simply doesn’t work. When you get everyone together, people are sparked by hearing what their peers are doing, which makes them think about and share more of what they are doing themselves, and the problems they would like to solve. And everything is top-of-mind and real-time.

When you come up with a topic proposal at the event you hear things you do not get when you ask people in advance. I have a lot of data about that, showing that at traditional events at least half the sessions that have been pre-determined are not what people actually would choose. My process gives them choices while they are there.

DWM: Is there a size limit? I’d think that you’d lose something if your group is too large.

AS: My fundamental goal is to create a conference that's maximally useful and valuable for each person who's there. It’s very difficult to hold a useful conference in less than a full day, and I prefer to have at least a day and a half. The longer you have, the more value you can get for larger groups.

In terms of size, 40-60 people is the largest I’d go. It just gets easier if your numbers are smaller. If you have a group of 400, you’d end up breaking it up into four groups of 50.

But that doesn’t mean there aren’t participatory solutions for larger groups. I have different solutions for different group sizes that can scale indefinitely. One solution involves sitting at tables of six, where you do really valuable work with the other five people are your table. I love the challenge of figuring out what you can do with a group of 1,000 people that's meaningful.

DWM: What type of space do you need to hold one of these events?

AS: It’s always a good idea to design the event prior to contracting space if at all possible, as that way you’ll know exactly how much space is needed. I’ve been brought into events after the space was booked, and it can be a challenge to make it work. Be prepared to look for a venue that has a larger number of smaller rooms than you might have traditionally booked.

For participatory events, audio distraction is a big deal. You need to have enough space so that people at one table doesn’t disturb people at the next table. Ideally, each breakout should be in its own room, and you should also have at least one large room for bringing everyone together, dining, breaks, etc.

DWM: Is it possible to do this virtually, online with video conferencing, or does it need to be face-to-face?

AS: It really should be face-to-face to work the best. The crucial aspect here is human connection. Even if you have incredibly high-quality video, subtle messages get missed. It’s not the same as sitting in a room and talking to people. You miss the interactions spurred by hearing an interesting conversation behind you, or turning around and seeing an old friend. There simply aren’t as many opportunities for human interaction.

If you can't get people together, the next best thing is to have virtual hubs, where you have small groups of people gathered together in various physical locations. You hook them up virtually, and because each hub has a core group of at least 10 people, they can do things together within those groups. You can broadcast some useful content from some experts and from the central hub, and maybe even do some group-to-group interactions, but it still won’t be as valuable as a well-designed face-to-face event.

Today, Segar consults on conference design, facilitates conferences and sessions, and speaks about participant-led, participant-rich events. He’s been hired by organizations all over the world, across a wide variety of industries. In an upcoming article we will highlight how one not-for-profit organization is successfully using Segar’s methodologies to help turn a vision for the future of Vermont into reality.

Segar has also written two books designed to help event organizers create meaningful conferences and is working on a third, which we’ll talk more about in an upcoming article on recommended industry reading. Free downloads of up to five chapters of each book are available on his website.

Las Vegas Paves the Way to Safe, Successful Events
A data-driven approach coupled with industry-wide commitment to safety have been instrumental in the return of large professional events to Las Vegas, facilitating innovation and growth and accelerating the nation’s economic recovery.
Learn More